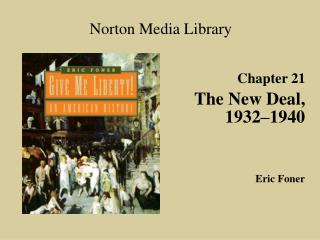 Chapter 21. Norton Media Library. Chapter 21. The New Deal, 1932–1940. Eric Foner. I. The Columbia River Project. II. The First New Deal. FDR and the Election of 1932 FDR came from a privileged background but served as a symbol for the ordinary man