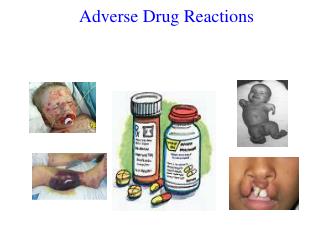 ADVERSE DRUG REACTIONS - . dr. shabana ali. adverse drug reactions (adr). harm associated with the use of a given

Adverse Drug Reactions - It is all about adverse drug

Adverse Drug Reactions ADRs - . drug safety has always been a concern …. and should remain so. ‘first do no harm …

TOLERANCE, DESENSITIZATION &amp; ADVERSE DRUG REACTIONS - Ilo s. by the end of this lecture you will be able to : .

Adverse Reactions - . the complete absence of harmful effects, either immediate or delayed, when ubi is used property,