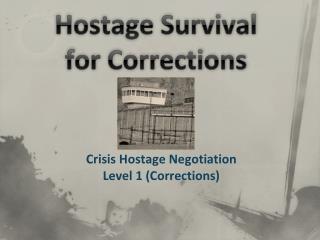 Hostage - . by: jacob smiley. content preview. the before how i acted before the incident happened. the change what

HOSTAGE POLICY - . hostage means one or more non-inmates taken and held by an inmate or other individual against the

Iran Hostage Crisis - . why it happened?. opposition to the shaw (sunni) was wide spread two religions sunnis, and shiite

Iran Hostage Crisis - . president ahmadinejad ???. background. by the 1950s iran saw itself in a power struggle us

Iranian Hostage Crisis - . by: will statton. setting. occurred between 1979 to 1981 took place at the american embassy