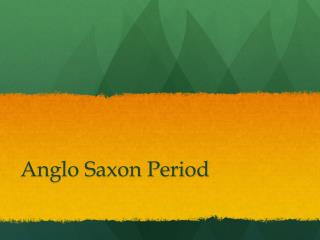 Anglo-Saxon - . 449-1066. stonehenge. this relatively small island has been invaded and settled many times:. the earliest

Chapter 4 PRENATAL DEVELOPMENT AND BIRTH - . from conception to birth. phases of prenatal development period of the