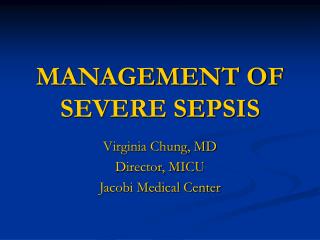 Superbugs and Sepsis - . overview: mrsa in your ambulance! sepsis: definitions and pathophysiology role of the ems

Unlocking the Mystery of Literacy for Students with Moderate to Severe Disabilities - . sherida gentry and carolyn

Risk factors for neonatal sepsis - . signs of sepsis in neonate. maternal infections. 1 syphillis: may pass through

Early Management of Severe Sepsis ( the role of biomarkers ) - . frans jv pangalila intensivist. do you know – what has