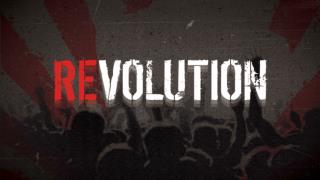 What is a ……………. A R evolution is a fundamental change in political power that takes place over a relatively short period of time. Revolutions have occurred throughout human history for many different reasons . .