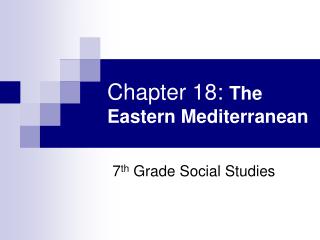 Loess (silt) is what gives the Yellow River (above) its name and its color. - Southern and eastern asia: geographic

Central and eastern Europe - . prerequisite to communist rule in cee region: turn to authoritarian institutions prior to

The Legacy of Mesopotamia &amp; The Phoenicians: Sailors of the Mediterranean - . 1: hammurabi’s code contained