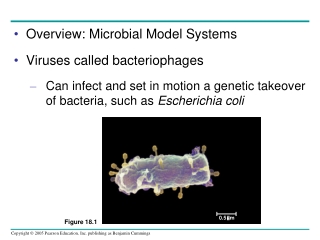 0.5 m. Figure 18.1. Overview: Microbial Model Systems Viruses called bacteriophages Can infect and set in motion a genetic takeover of bacteria, such as Escherichia coli. E. coli and its viruses