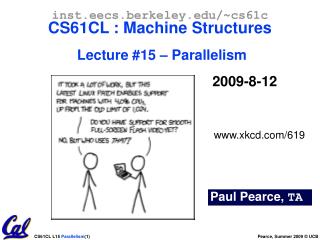 Learning about Taxes - . 2013 edition. our main character, paul , is a 17-year-old high school student who spends most of

Biosimilars - Can we do without them?  Dr Paul Cornes, Consultant Oncologist, - Bristol haematology &amp; oncology

Chapter 4: Designing for collaboration and communication - . overview. what is communication? conversational mechanisms

Compiling - . “premature optimization is the root of all evil.” -donald knuth. optimization. in lisp, you can write