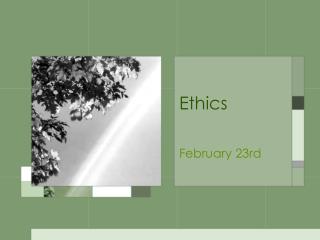 Ethics. February 23rd. Merck: Background. Most admired company in America for 7 straight years in the 80s Edward M. Scolnick (Brilliant) in charge of Merck Research Labs Brought 15 unique new drugs to the market in just 5 years in the 90s