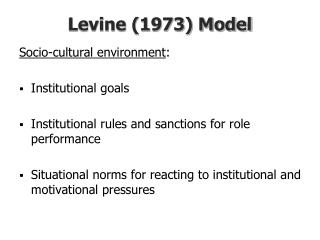 Sy Levine - “an onbard pilot and a remote copilot for: aviation safety, security and cost reduction” the real-time

Adam levine jacket - The adam levine leather jacket is made up of genuine 100% leather with viscose lining. it has zip on

A Sequential GRASP for the Therapist Routing and Scheduling Problem - . j. f. bard, y. shao , a. i. jarrah presented by

Basics of Quantum Chemistry - . todd j. martinez. “conventional” quantum chemistry. is dft the end of the story? no!