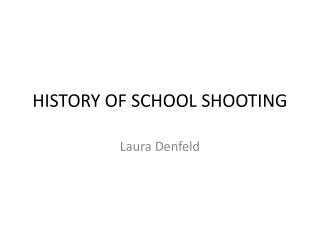 HISTORY OF THE SCHOOL - . kaysakat elementary school has total area of 0.35 hectares bounded on the east by the feeder

History of School Choice - . presented by katie buell february 5, 2014. overview. why school choice? why is it important?

Employability School of History - Nicola urquhart careers adviser. employability school of history. what we will cover:.

School History - . options in education first opened its doors in august of 1991 with 88 students. today it continues to