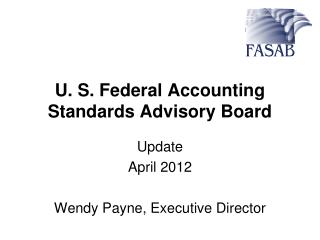 U. S. Federal Accounting Standards Advisory Board. Update April 2012 Wendy Payne, Executive Director. Disclaimer. Views expressed are those of the speaker. The Board expresses its views in official publications. Overview ___________________________. Recently Completed Projects Aerodynamics - . this presentation is not designed as a substitute for adequate and competent flight instruction,

Health Care Advisory Board - . the emerging era of choice. restructuring health system strategy for the retail

Accounting Systems - 0. 5. accounting systems. 0. after studying this chapter, you should be able to:. define an