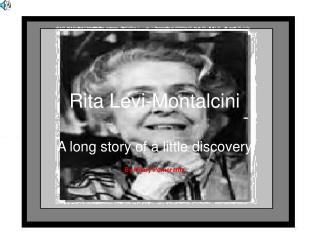 Rita Levi-Montalcini. A long story of a little discovery By Hilary Pomerantz. Family life. Mom- Adele was a shy, famous painter who was a very submissive wife. Paula- Rita’s fraternal twin sister. They both found comfort in one another. Paula the quiet one and Rita the rebellious.