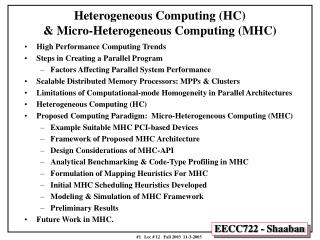 Heterogeneous Aqueous Solutions - . section 17.4. after reading section 17.4, you should know:. the difference between a

Main Theme: Diffuse Computing - . managing and maintaining a computational infrastucture, distributed among many