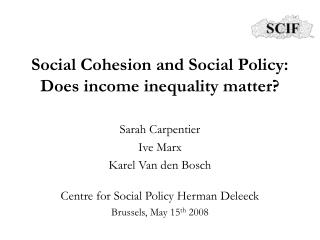 Social Content = Your Personal Brand - Social selling is more than just a buzzword. it is an extension of the social

Chapter 9: Gender Inequality - . gender inequality. overarching questions. is gender biological, social, or both? why is

Social Psychology - . psychology 2012 – fall 2003. introduction: what is social psychology?. the scientific study of

Social Policy, Inequality and Neoliberalism: The Breakdown of the Postwar Settlement - . february 25. the franchise: from

Social Psychology - . myers chapter 16. social psychology. how we think about, influence, &amp; relate to one another