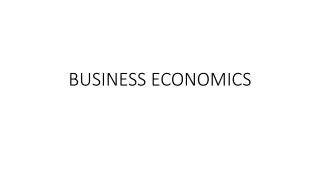 Business Economics - . mrs. tobe. review of economics. economics – is the social science that studies the production,

Business and Economics - Are relative terms where one does not exist without the other. while economics as a field