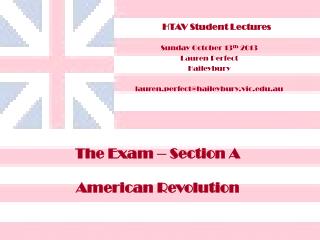 By: Lauren M - How is having electrolytes in your drink beneficial for your body’s health?. by: lauren m. what is an

Lauren Candemeres - . lauren.candemeres@spartans.ut.edu. how can increasing the awareness of college students on foreign

Present Perfect - . in english , the present perfect is essencially a present tense, but it also expresses the effect of