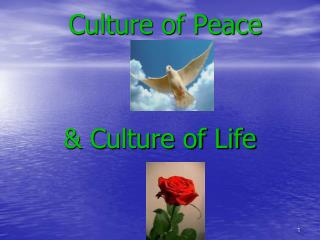 Culture of Peace - . &amp; culture of life. culture of peace - definition. society-wide practices and habits that

From a Culture of Violence to a Culture of Peace Transforming the Human Spirit - Silicon valley region student division.

NONVIOLENCE FOR DAILY LIVING CREATING A CULTURE OF PEACE

Peace of Westphalia - The peace of westphalia (german: westfu00e4lischer friede) was a series of peace treaties that were

PEACE OF MIND - . obtaining a greater spirituality and personal happiness. peace of mind. seek to eliminate suspicion and

Theories of Peace - . goal: to use the concept of the enemy to construct a theoretical framework for analyzing peace.

Prince of Peace - . prince of peace “for to us a child is born, to us a son is given, and the government will be on his

Peace of Food - . the essentials to opening a restaurant. first things first. find your desired location for the

Peace of 1763 - . english victories led to declaration of peace. proclamation line. joy on both sides of the atlantic