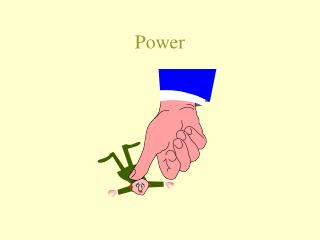 POWER and POWER CONSUMPTION! - . power: the rate of change in energy; also the rate at which work is done or energy is

POWER AND POWER FACTOR - . impedance (ohm). impedance is a ratio between voltage and current unit of impendance is ohm

Power Generation Wind Power - . wind power. wind turbine power has been around since 500 bc when the persians used them

POWER - . what is power?. power is the ability to do something political social or financial control controlled force

Power - And conflict. power influences the moves and counter moves made in interaction. . relational view of power.

Power - . work has to do with a force causing a displacement. work has nothing to do with the amount of time that this

Power - Two people have to each pick up 100 bricks and carry them across the street. one person does this in 1 minute,

POWER - . power refers to the potential or actual ability to influence others in a desired direction. it is the ability