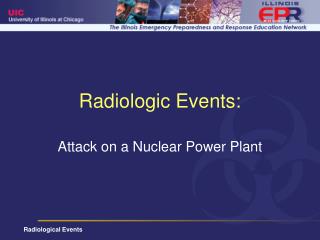 Radiologic Technologist - . by tyson gorsuch. radiologic tech nature of work. get info from doctors telling what to do

Radiologic Units - . intensity radiation intensity is the amount of energy passing through a given area that is