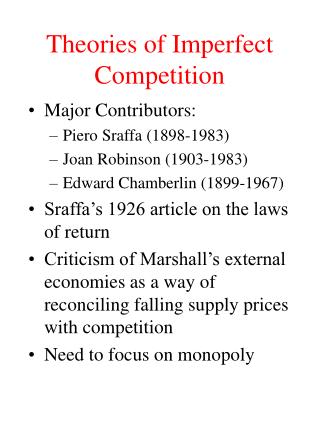 UNIT 7 IMPERFECT COMPETITION - . by immanuel nashivela tec711s. unit outline. on reading this unit, you will learn about:

Imperfect Uses - . even though the imperfect and the preterite are both past tenses you will use them for different

Chapter 9 Imperfect Competition and Government Intervention - . welcome to the economics of organisations &amp;

Imperfect Competition - . pure monopoly. the price changes at each point by $1.50. but the marginal revenue changes at