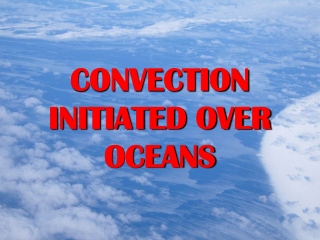 How to Use This Presentation - . to view the presentation as a slideshow with effects select “view” on the menu bar

Convection and the mantle - . after this lesson you will be able to describe how heat is transferred and explain how

The Oceans - . introduction. the increase in world population and the continued rise of industrialization have resulted

IB Oceans and their Coastal Margins - . b1 – introduction to oceans: morphology of oceans &amp; ocean water. b1 –

CONVECTION - . definition of convection. this is how heat energy flows from a hot to cold region of a substance by being

Our Planet’s Oceans - . the health of our planet’s oceans is questionable. so, if we are to consider processing this

AGENDA CONVECTION LAB - . testable question: when a liquid is heated, does convection occur?. hypothesis: “ if we heat