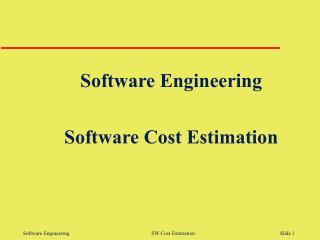 Cost Estimation - . cost estimation. “the most unsuccessful three years in the education of cost estimators appears to