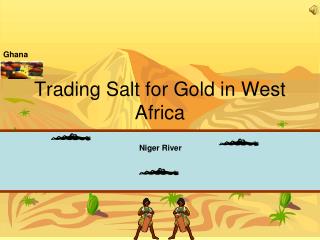 The African Trading States: West Africa - . bell ringer : what was the great zimbabwe and why was it so significant to

The Trading Kingdoms of West Africa - . u.s. history. in the 1400’s…. as native american cultures were developing in

Trading states in Africa - . chapter 11. early civilizations of africa . section 1 . sahara. who: africans what: the

Trading states in Africa - . chapter 11. early civilizations of africa. section 1. sahara. who: africans what: the

Trading Empires in Africa - . take out the textbook activity from yesterday make sure your name is at the top.

Gold-Salt Trade: The Key to West African Empires - You are now living in west africa. today is friday, oct. 3, 500 ad.

Trading States and Kingdoms East and West Africa - . how will trade influence the history and culture of the african

Trading States and Kingdoms East and West Africa - . trade in the sahara salt would become a major trading commodity for

Malaria in West Africa - . by angel de leon. map of west africa. what is malaria. most significant tropical disease