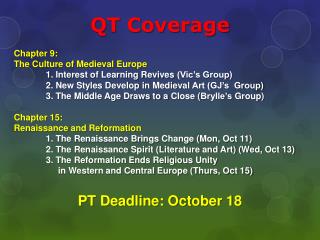 QT interval - . lucy adkinson july 2013. what we are going to cover. reminder of ecgs and what is the qt interval how to