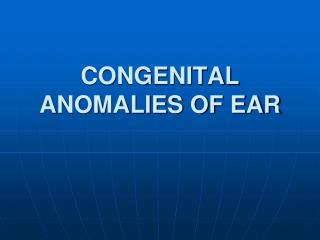 CONGENITAL HAND ANOMALIES - . by dr. jamaleldin hassanain. hand function . is an important feature in humans over other

CONGENITAL ANOMALIES (Birth defects) - . a congenital anomaly is a structural abnormality of any type that is present at