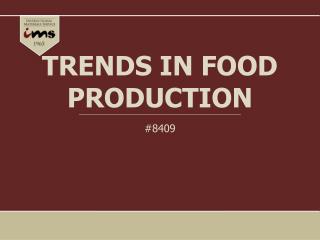 Food Production - Lt 7a : describe the industrialized food production in the u.s and discuss why this is not sustainable.

FOOD PRODUCTION - . menu. origin:. duke of brunswick (1541). list of dishes served or made available to be served at a