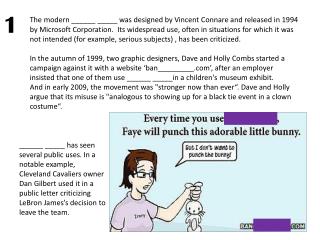 1. The modern ______ _____ was designed by Vincent Connare and released in 1994 by Microsoft Corporation.  Its widespread use, often in situations for which it was not intended (for example, serious subjects) , has been criticized.