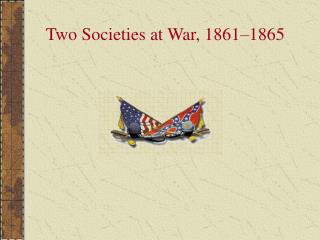 Two Societies at War, 1861–1865. Secession and Military Stalemate, 1861–1862. Why did the North and the South choose the path of military conflict in 1861? What were the stated war aims and military strategies of each side as the war progressed? Societies in Medieval Africa - . focus question  what factors influenced the development of societies in

West African Societies and Empires - . chapter 5 and 6. human and environmental interactions. depend on the environment