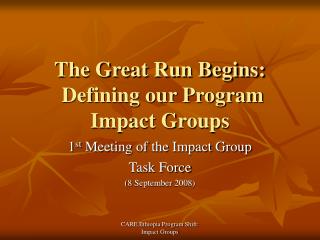 Main Idea - The great war begins. main idea europe in 1914 was on the brink of war. after an assassination, the nations

Commercial Vehicle - . program overview. what do we write?. farmers has elected to pursue three major groups of vehicles

An introduction to Impact Evaluation - . markus goldstein poverty reduction group the world bank. my question is: are we