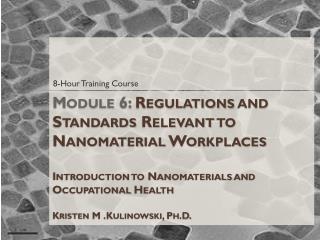 An Update: What's New and Problematic: Joint Commission Standards and CMS Regulations - . tracer tips for staff. have a

Scaffold Safety for Construction - . scope and application of the regulation. regulations on scaffolds in the

Introduction to Ergonomics - . if you have questions about this e-book or any occupational health &amp; safety issue,

Final 403(b) Regulations - . focus on impact for k-12 schools. overview of presentation. provide summary of relevant