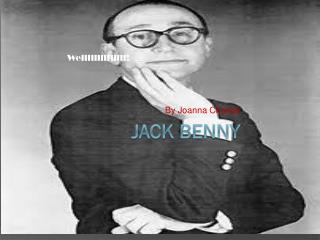 Who killed Benny Paret? - . warm-up questions. what is the attraction of boxing? why do you think people enjoy watching

Jack - . &amp;. jill. went up the hill. to fetch a pail of water . jack fell down. and broke his crown. and jill came

Flexible Spending Account with Benny Card - . the more you know about flexible spending accounts the more you save!. what