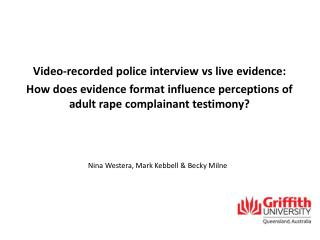 The Army Interview Process - . action. conduct the army interview . conditions. you have engendered a commitment from a

Police Brutality - . definition. -an officer who uses more force than policy allows -the excessive and lawless use of

The Interview - . getting the job you want. these things actually happened. a woman brought her large dog to the

Police and Juveniles - . slide 2. chapter objectives. after completing this chapter, you should be able to:. explain the