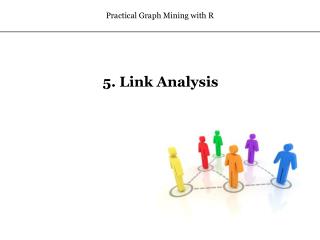 Link Analysis - . cpsc 534l notes based on the data mining book by a. rajaraman and j. ullman: ch. 5. in the beginning.

Link Analysis - . objectives. to review common approaches to link analysis to calculate the popularity of a site based on

Link Analysis - . mark levene (follow the links to learn more!). why link analysis ?. the web is not just a collection of

Link Analysis: PageRank - . ranking nodes on the graph. vs. web pages are not equally “important” www.joe-schmoe.com

Link Analysis Ranking - . how do search engines decide how to rank your query results?. guess why google ranks the query