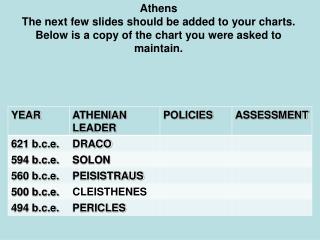 Athens The next few slides should be added to your charts. Below is a copy of the chart you were asked to maintain. NEW TERMS. Timocracy — division of power according to one’s wealth Plutocracy — rule by birth—generally a noble birth (which means that there is also some wealth) New Music Terms - . staccato. short and detached notes that are staccato are marked with a dot above or below them, like

Mine Terms for New Miners training - . don summers dba on-site safety. advance. mining in the same direction, or order of

“Connecting Terms of the New Message” part 6 “The Twofold Terms” - . mark 3:25 and if a house be divided against

“Connecting Terms of the New Message” Part 12 “Terms for Our Day” - . ii kings 2:8 and elijah took his mantle,

“Connecting Terms of the New Message” part 11 Terms for Our Day” - . ii timothy 2:7 consider what i say; and the