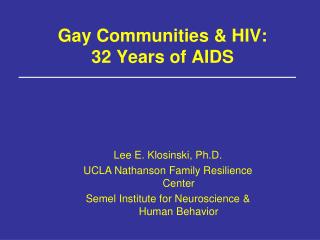 Housing Opportunities for Persons With AIDS - . competition overview may 28, 2008 presented by office of hiv/aids housing

HIV In Mothers and Children - . what is hiv/aids?. acquired immunodeficiency syndrome (aids) is caused by the human

The Basics of HIV/AIDS - . prepared by the hiv/aids/tb program. what is hiv?. it stands for h uman i mmuno-deficiency v

Enjoy Every Day Easy Living At Retirement Communities Utah - Not all retirement communities in utah are created equal.