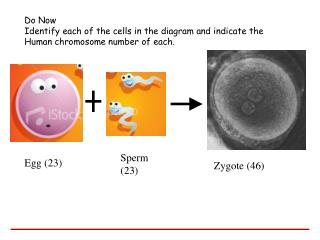 Do Now Identify each of the cells in the diagram and indicate the Human chromosome number of each. Sperm (23). Egg (23). Zygote (46). How do we go from a zygote (a single cell) to a multicellular organism? (hint: think about a process used to increase cell#). Cells: The Living Units - . 3. cell theory. the cell is the basic structural and functional unit of life organismal

Primary Cells - . a primary cell is a cell that can be used once only and cannot be recharged. the reactants cannot be