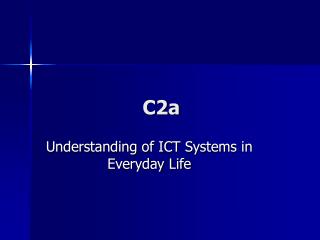 C2a. Understanding of ICT Systems in Everyday Life. The Basic components of a computer system?. Processor where decisions are made and calculations carried out Internal Memory to store data and programs in current use Input Devices for the user to communicate with the computer Immunodeficiency: - . primary immune deficiency: -caused by intrinsic or congenital defects . - over 100 diseases of this

Nominal Data - . greg c elvers. parametric statistics. the inferential statistics that we have discussed, such as t and

Parallel Computing - . george mozdzynski april 2013. outline. what is parallel computing? why do we need it? types of