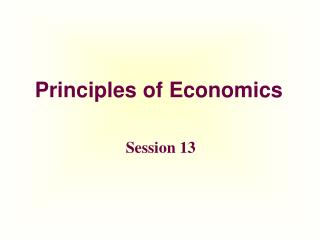 What is Economics? - Advanced placement microeconomics unit i : basic economic concepts essential question : why might

Review of Principles of Microeconomics - . why study economics?. to learn a way of thinking. three fundamental concepts:

WELFARE ECONOMICS - . positive economics: what “is” concerned with understanding and predicting economic behaviour.

The Top 5 Behavioural Principles That Could Potentially Save Your Life - . nattavudh powdthavee lse and the university of

ECONOMICS &amp; SCARCITY - . economics. what is economics to you? money? buying? ? define economics – what is

Economics - . chapter 1: what is economics?. scarcity and the science of economics. what is the fundamental economic

Alfred Marshall (1842-1924) - . the father of neoclassical economics (along with leon walras ) the originator of the