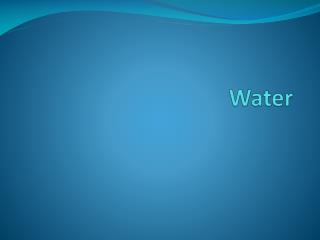 Water. How much water is on earth, and what kind of water is it? Activity 1. The Uses of Water. In your notebook create a list of the ways that people use this precious water? Think hard!