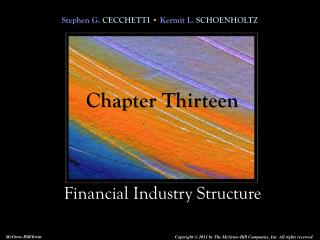 Chapter Thirteen. Introduction. The U.S. has about 6,800 commercial banks and roughly 16,000 depository institutions. For many years, most U.S. banks were unit banks, or banks without branches.

Chapter Thirteen - . the other protocols. objectives. you’ll get a brief overview of ipx/spx netbeui appletalk how each