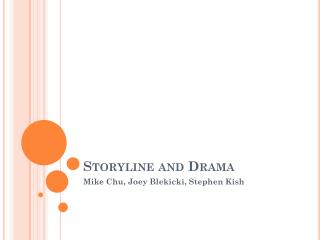 Storyline - . thomas a. anderson – played by keanu reeves – is a man living two lives. by day he is an average

Storyline - . an american businessman wants to open up a café and a nightclub in nyc which suits his business portfolio

Your Storyline... - Your storyline. can you imagine...??. if you sow the seeds of respect , then your children will