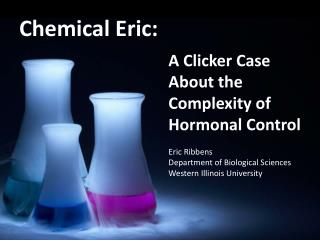 CHEMICAL BONDING - . cocaine. chemical bonding. problems and questions — how is a molecule or polyatomic ion held

CHEMICAL FORMULA WRITING - . chemical formulas. a statement in chemical symbols that represents the composition of a

Chemical Thermodynamics - . the chemistry that deals with energy exchange, entropy, and the spontaneity of a chemical

Chemical Equilibrium - . the reversibility of reactions. equilibrium. many chemical reactions do not go to completion.