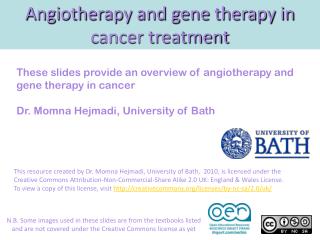 Gene Therapy - . meredith calhoun. what is gene therapy?. - gene therapy is a form of treatment that changes defective

HISTORY AND DEVELOPMENT OF GENE THERAPY - . 1960: the concepts of gene therapy was introduced 1970: friedmann and roblin