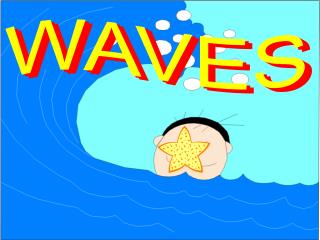 Waves - . waves. the nature of waves what’s in a wave waves and energy mechanical waves. what is a wave?. a wave is a

The Nature and Behavior of Waves - . what is a wave?. w ave – a repeating disturbance or movement that transfers energy

Waves - . activity. in your notebook, make a list of some things you know about waves. include examples of waves, and any

The Nature of Sound - . sound waves. sound waves carry energy through a medium as a longitudinal wave. the energy

Waves - . the nature of waves. what is in a wave?. a wave is a repeating disturbance or movement that transfers energy

Waves - . waves. waves play roles in our daily lives, including our effort to communicate. waves have parts and shapes

Chapter 16. Waves - I - . waves are of three main types: 1. mechanical waves. we encounter these almost constantly.