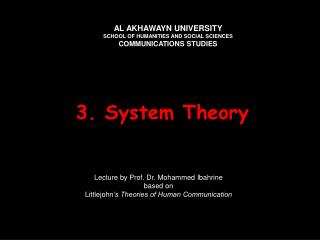 Ecological/System Theory - . an emerging approach to education. theory: what ’ s the big deal?. theory shapes how we

Lesson 3 –Theory - . feminism . by the end of this lesson, you will be able to . identify and define the main types of