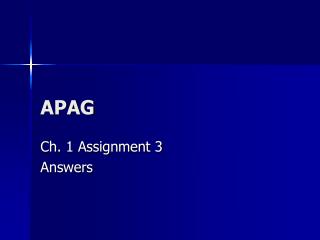 APAG Ch. 1 Assignment 3 Answers What are the three fundamental values of American political culture? Liberty, equality, and property. 2. What power is given to the president under the Patriot Act ?

APAG Ch. 12 Congress - . 1.what does bipartisan mean? give an example of partisanship.. . bipartisanship is something

APAG Ch. 14 – The Bureaucracy - . according to max weber, a bureaucracy should be an organization where decisions are