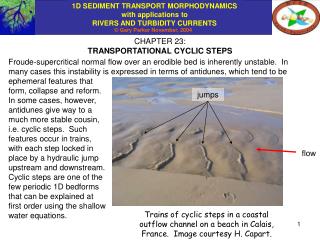 CHAPTER 23: TRANSPORTATIONAL CYCLIC STEPS. Froude-supercritical normal flow over an erodible bed is inherently unstable. In many cases this instability is expressed in terms of antidunes, which tend to be.