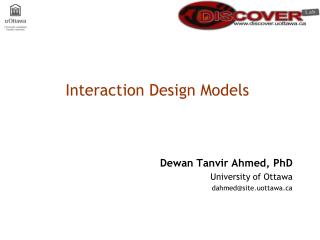 2. Models for cognitive ergonomics - . 2.1. the concept of models 2.2. models in cognitive psychology 2.3. cognitive

The Object-Oriented Approach to Design: Use Case Realization - . overview. primary focus of this chapter and the next is